For any updates, please check http://www.greatmigrationphl.org 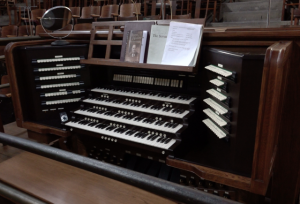 A four-channel sound and video work based on the historical echoes of life inside the historic Tindley Temple and re-interpreting the hymns of Rev. Charles Albert Tindley.

Ancestral Correspondence – Lonnie Graham
A photographic exhibit of elders from the Wissahickon Boys and Girls Club and their stories of migration. 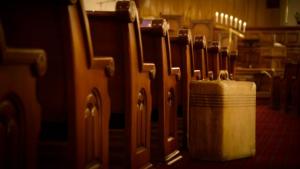 Standing at the Scratch Line by Julie Dash

The year 2016 marks a century since the beginning of the first Great Migration to Philadelphia, the mass movement that brought many African-American families to the Philadelphia area at the start of World War One.

Renowned commissioned media artists worked with Philadelphia community organizations to capture and interpret the stories of the organizations and the individuals that were affected by the events of the Great Migration.

Standing at the Scratch Line – Julie Dash
Traveling between Mother Emmanuel A.M.E in Charleston, SC to Mother Bethel A.M.E in Philadelphia, Dash creates a cinematic tone poem about returning to sacred spaces of departure and arrival.

Eason - Kevin Jerome Everson
Everson explores modes of Black life in the North and the South, the death of James Walker Hood Eason, a leader of the Universal Negro Improvement Association, and the life of Malik Hudgins, a current UNIA member.

When We Came Up Here- Tina Morton
A digital tapestry combining audio recordings, with articles and advertisements offer a glimpse into the role the Philadelphia Tribune provided for newly arrived southern migrants.

Ancestral Correspondence: Looking Back at Our Future – Lonnie Graham
In collaboration with youth participants from the Wissahickon Boys and Girls Club, Graham presents the faces and stories of migration. BEING SUPPORTED BY THE PEW CENTER FOR ARTS & HERITAGE. The year 2016 marks a century since the beginning of the first Great Migration to Philadelphia, the mass movement that brought many African-Americans families to the Philadelphia area at the start of World War One. Coming north for better economic opportunity and to escape southern oppression, this migration saw a change in the African-American population of Philadelphia from 62,000 in 1900 to 220,000 in 1930. The Great Migration, which redefined the word “urban,” is the start of the modern city. Join us for an exhibition of photos and documents on loan from the Charles L. Blockson Collection that explore Philadelphia during the early decades of the 20th century. Also, listen to oral histories recorded in the 1970s and 1980s by men and women who made the Great Migration.  These oral histories were recorded by Charles Hardy, Diane Turner, Donna DeVore, Jacquie Carlisle and H. Garrett. They are part of Goin’ North: Tales of the Great Migration, edited by Charles Hardy and Jannekan Smucker.

The Great Migration exhibit at Scribe is co-curated by Gary Smalls and Leslie Willis-Lowry.

Live Performance “the Upsouth Experiment” with Larry Price and Nimrod Speaks. Saxophonist/composer Larry Price is joined by bassist Nimrod Speaks in a musical exploration of the Great Migration. Co-presented with the Philadelphia Jazz Project.

Traces of South: An Afternoon with Kevin Jerome Everson
In conjunction with The Great Migration: A City Transformed (1916-1930)

We are honored to welcome Kevin Jerome Everson back to Scribe for a selected screening of his films. Everson, who is one of the commissioned artists of The Great Migration: A City Transformed project, will screen films that reflect on the source and destinations of the Great Migration, including: Company Line, Undefeated, Lead, House in the North Company and Erie.

Kevin Jerome Everson films combine scripted and documentary moments with rich elements of formalism. The subject matter is the gestures or tasks caused by certain conditions in the lives of working class African Americans and other people of African descent.  Everson, who has directed over 120 films, has been exhibited internationally at the Centre Pompidou, Paris; Whitney Museum of American Art; the Museum of Modern Art, Armand Hammer Museum, Los Angeles, Whitechapel Gallery, London, and the Studio Museum of Harlem. He is a professor at the University of Virginia.

PROGRAMMING FOR THE GREAT MIGRATION: A CITY TRANSFORMED (1916-1930) HAS BEEN SUPPORTED BY THE PEW CENTER FOR ARTS & HERITAGE.