Taking of Bodine: Never Forget, The

The Taking of Bodine is a harrowing glimpse into one of the darker episodes of Philadelphia's urban revitalization saga. In 2002 and 2003, residents of the multi-ethnic Norris Square/West Kensington neighborhood received notices that their homes would be repossessed by the city under the Neighborhood Transformation Initiative, a redevelopment plan. Blight criteria included "economically or socially undesirable land use," allowing developers to make requests to the city to repossess land belonging to long-time residents. Although some of the 2000 named properties and houses were abandoned, many were occupied and well maintained by their owners. Shocked residents received bureaucratically-worded notices; many did not immediately understand that their houses were being taken. Spanish-speaking homeowners received notices in English.

Led by neighborhood organizer Rosemary Cubas, the Community Leadership Institute contends that many good neighbors are being pushed out, houses bulldozed, and land devalued in a plan that promises “development,” but not for the current residents. Holding a copy of a Property Acquisition Request Form, Cubas explains the anatomy of an urban land grab: "If I think I can make better use of your land, I can make a request...I can ask for your land, and possibly get it." The Taking of Bodine is an essential treatment of the complexities of urban renewal, and a community's effort to protect what is theirs. 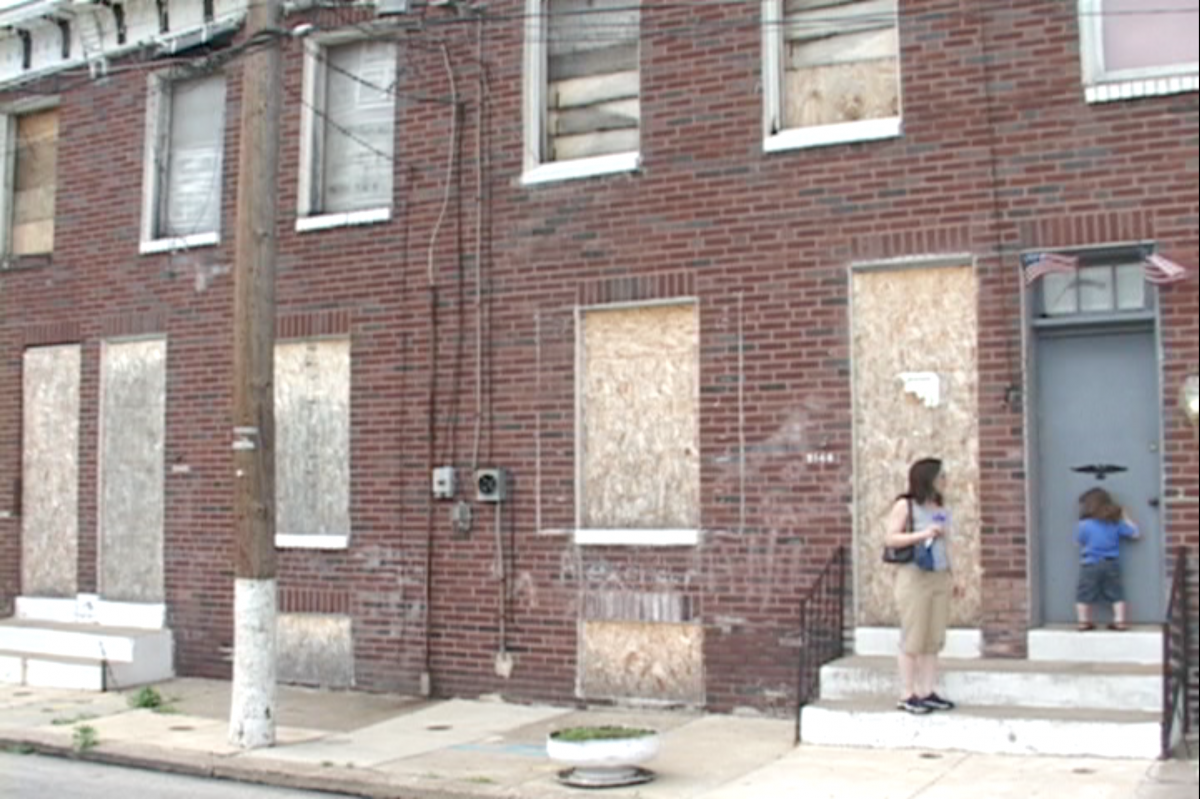 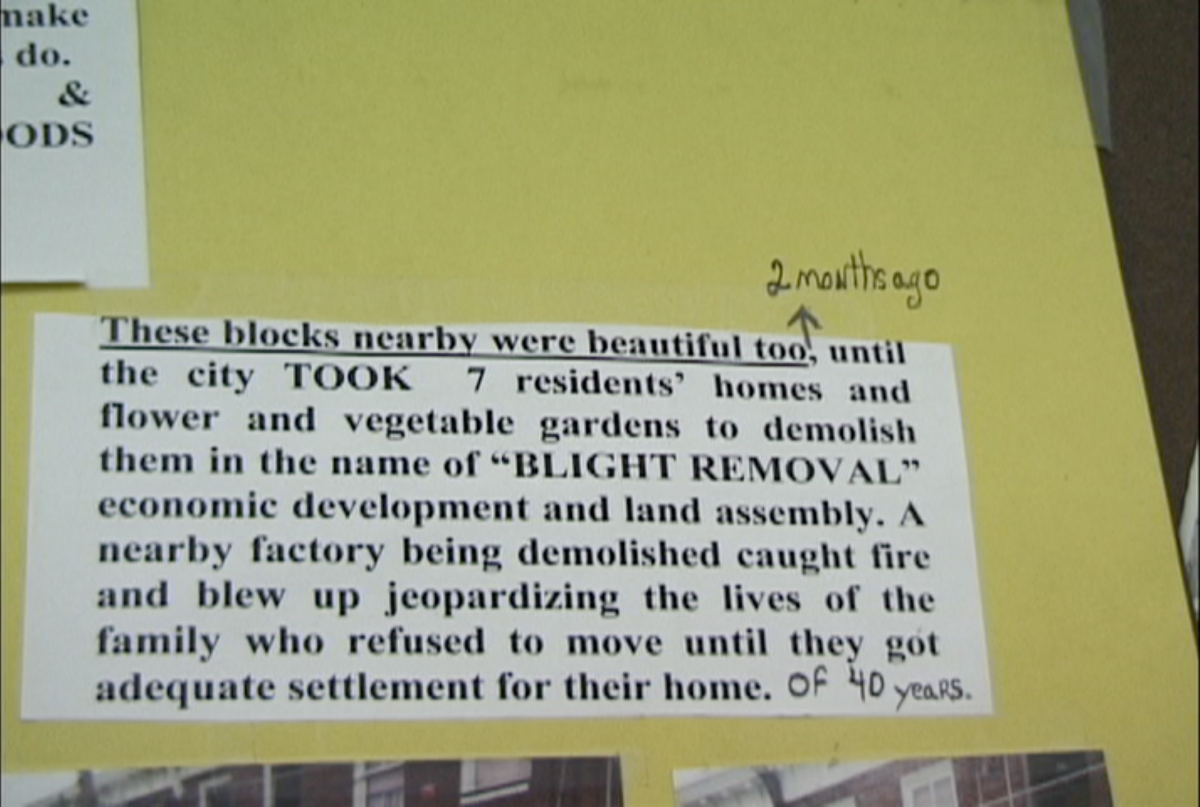 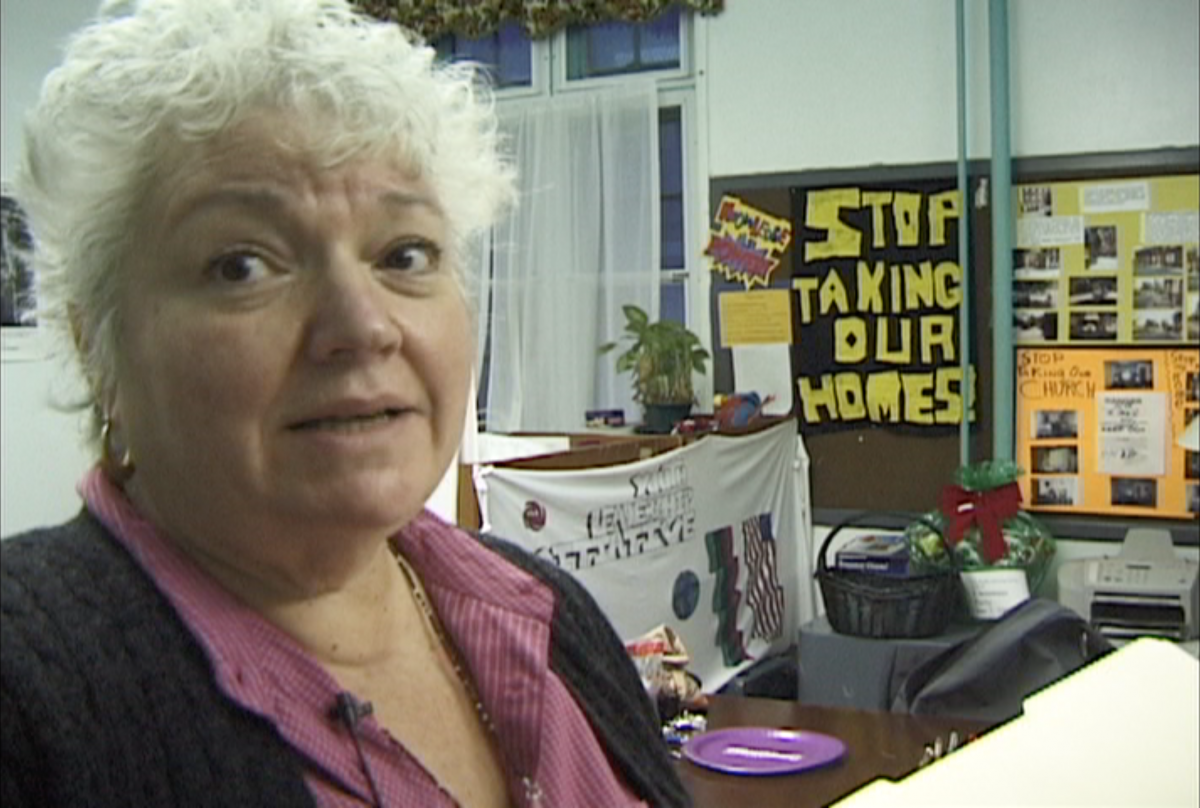 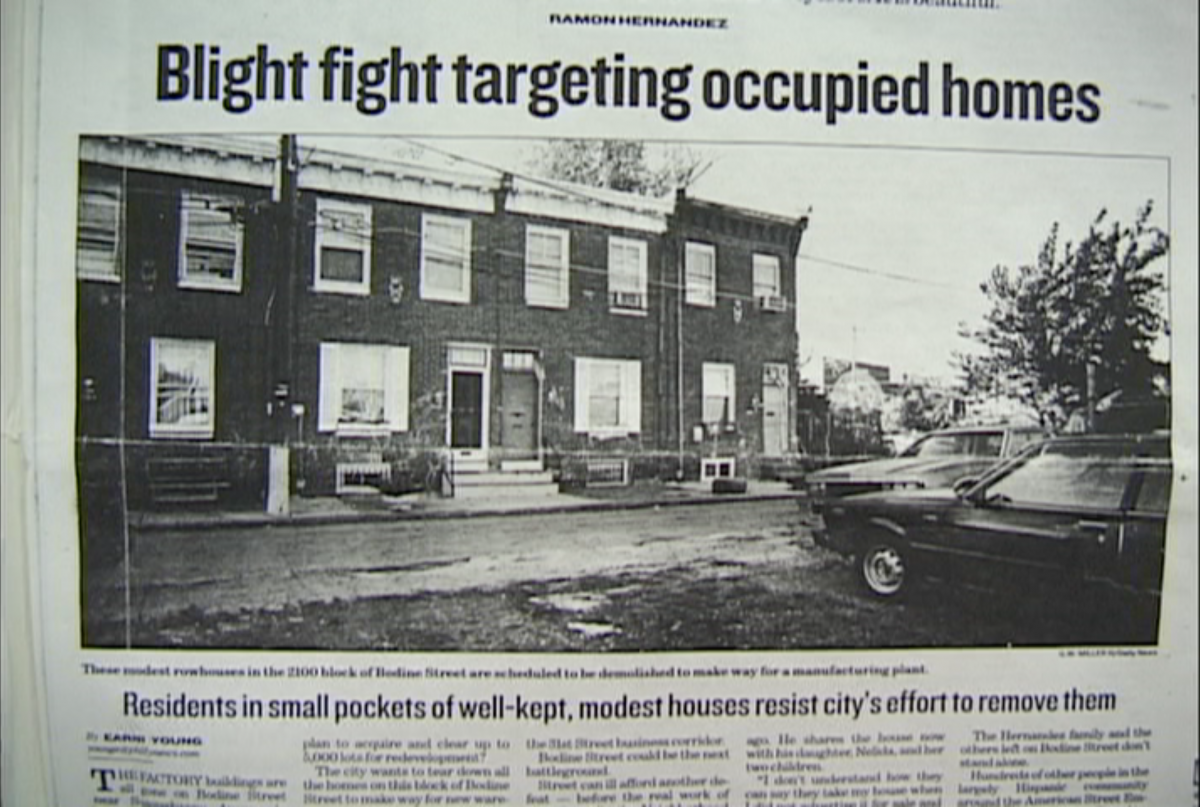